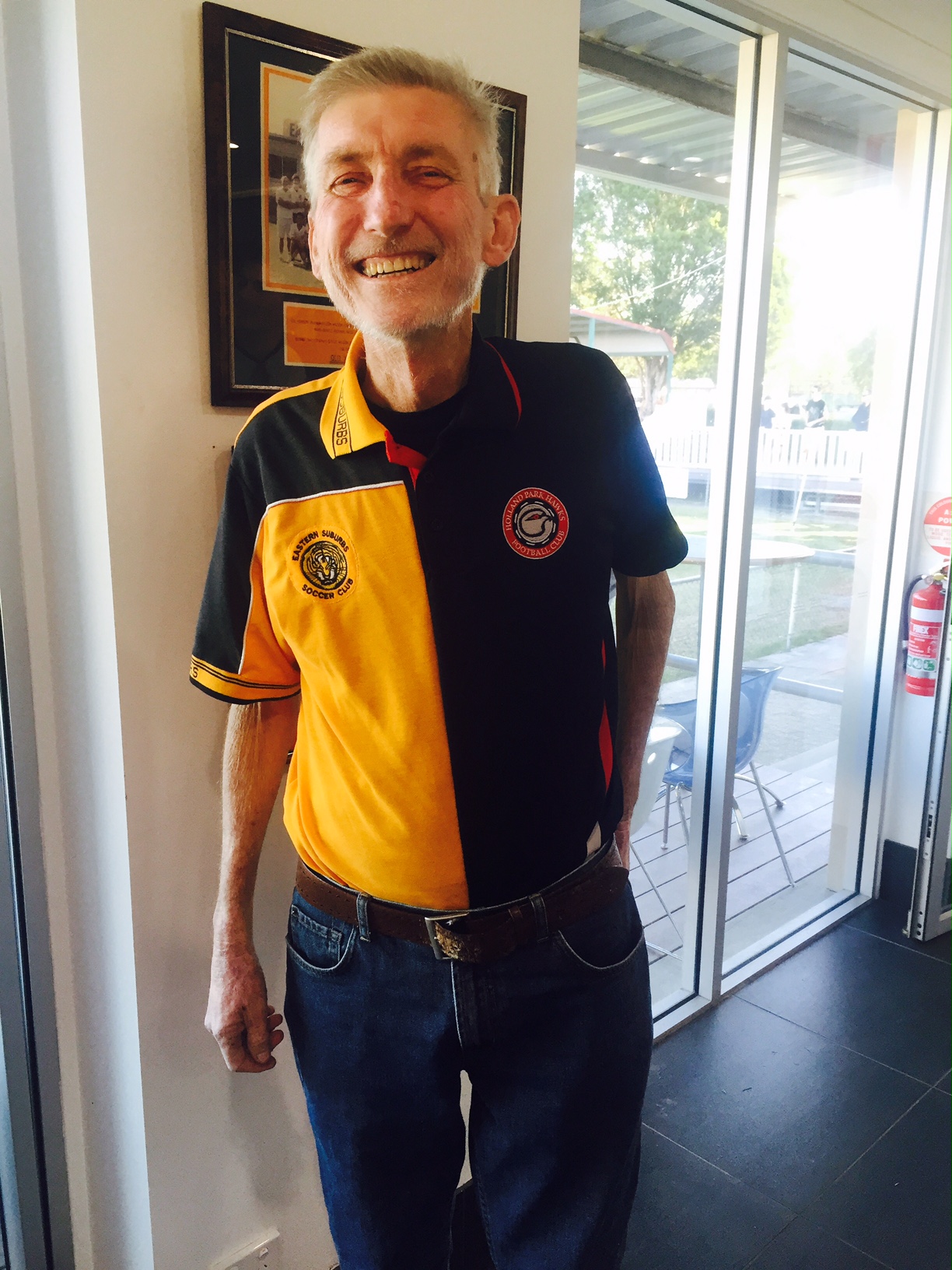 Donald’s involvement with Football began with Holland Park Hawks in 1996 with his sons beginning their football career in juniors. Back then HPH were a member of the QCSA and were a growing club with limited volunteers. Donald spent countless weekends at the club – offseasons were spent returfing, topsoiling and utilising his surveying skills in remarking the fields. With the clubhouse phone redirected through to Donald’s home number he was still receiving calls about sign on at the start of every season 5 years after moving to Eastern Suburbs. Never one to shy away from a chat he would answer every call and give them the old HPH spiel and encourage the parents to sign their children up.

The move to Eastern Suburbs in 2002 coincided with the need to give his sons some more competitive football. He had long argued for HPH to move over to Football Brisbane during his time there but unfortunately that move came years later – a visionary you may call him!

In addition to serving on the board alongside many other tireless volunteers – too many to name here – he spent countless weekends down the club officating on ground duty, registration days, filling in when coaches couldnt make it to their team’s training and just being around at the club. Quite often – and by often i mean nightly – Donald would call into the club on the way home and just check everything was ok; maybe watch some of the teams training even if his sons weren’t training. In the later years once his sons moved on Donald still spent a couple of seasons on the board and around the club (much to his wife’s despair!!)

The last few years after stepping away from a direct role with any club Donald had made an effort to visit both HPH and Easts once or twice a season to watch the first grade sides play. Never short of voicing his opinion on a football game Donald is a life member of both clubs.

It is the families (perhaps biased) opinion that both clubs are better off for Donald Mackie’s involvement in their day to day existence.

Click here to assign a widget to this area.

Click here to assign a widget to this area.